The Economics of the Arab Sector in Israel
Study

The paper surveys the current state of the Arab economy in Israel. First, it documents key facts, including government policy plans. It then presents a dynamic equilibrium model of human capital and labor market barriers faced by the Israeli Arabs. Both the descriptive statistics and the empirical implementation of the model show that there are still significant gaps in economic performance between Jews and Arabs in Israel, despite some narrowing of the gaps over time. In particular, Arab men are concentrated in low-skill, low-wage jobs and Arab women’s labor force participation is relatively low. 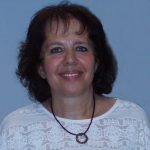 Housing Plan for Haredi Towns and Cities (2016-2035)
This report presents a wide range of solutions detailing housing development possibilities suited to the unique characteristics...
Yitzchak Pindrus
Chaim Zicherman
Lee Kahaner
Strategic Plan
Housing
An Academic Degree as a Prerequisite in Tenders for Civil
This article examines the cost-benefit relationship of making an academic degree a prerequisite as opposed to developing...
Yoram Margalioth
Nitsa (Kaliner) Kasir
Eliyahu Berkovits
Article
Employment
Who is poor? Debts in haredi society
Despite the high poverty rates in haredi society, the rate of haredim who are in debt or...
Nitsa (Kaliner) Kasir
Study
Welfare and Poverty
Poor but Managing to Save
One out of every two people in haredi society is poor. These are the findings of the...
Nitsa (Kaliner) Kasir
Dmitri Romanov
Article
Welfare and Poverty