Income tax is imposed on the annual growth of consumption ability. Children are human beings, namely, residents, that is, part of the Israeli society, namely, taxpayers. They finance their consumption out of their parents’ income. Therefore, in order to accurately measure the growth in the ability to consume of a parent, there is a need to take into account the fact that the parents’ income finances not only the consumption of the parents but also that of their children. It is important to do so, due to the increasing marginal rate structure of the income tax. Taxation should therefore be done on a per capita basis in the household. The accurate way to do it is to divide the aggregate income of the household by the number of individuals that share in that income, adjusted for economies of scale as well as for a possible difference between the consumption of a child and that of an adult. A less accurate, but simpler way to do it is allowing the transfer of child credits between parents to maximize take-up. Israel seems to be the only OECD country that does not allow it. It is time to correct this distortion. In recent years, there is a legislative change towards taxation per capita. It is time to complete this process. The paper demonstrates the existing distortion by examining the Ultra-Orthodox community in Israel, as they have many children, and are therefore subject to significant over-taxation. 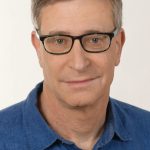