Part-Time Work by Choice or by Necessity?
Study

Factors Impacting the Number of Hours Worked Among Haredi Women

In recent years, the state has become more involved in Haredi employment, and has even set employment targets for this sector as per a government decision in 2010. Haredi women have passed the government’s target of 63%, and in recent years their labor participation rate has reached 73%. However the employment targets set by the government have dealt only with the labor participation rate, and have not taken into account other aspects impacting upon the level of income from work, such as salary level, promotion, and type of employment (fulltime vs. part-time or occasional work). Data indicates that Haredi women work fewer hours than the norm in the general population, even in comparison to non-Haredi Jewish women. This article surveys the factors contributing to Haredi women’s underemployment. Using empirical econometric analysis, the article assesses the impact of various factors on a reduced number of work hours. The findings indicate that childcare and being employed in the teaching profession have the greatest impact on the low number of hours worked among Haredi women. Following these findings, we present possible directions for future policy discourse. 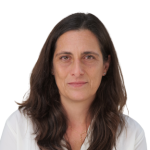