The 2019 quality of life index, based on the data from 2017, indicates that the quality of life of the non-haredi Jewish population continues to be the highest, and that of the Arab population is still the lowest. Somewhat surprisingly, the relative quality of life of the haredi population is not all that different from that of the non-haredi Jewish population, despite the significant gaps in the material standard of living. It appears that the haredi public is happy with its lot and finds satisfaction in a life of Torah study and observance alongside community life and good health. The value of the index (in a range of 0 to 1) is 0.71 for non-haredi Jews, compared to 0.64 for haredim and 0.18 for Arabs. This year the index was also calculated for previous years, in order to facilitate comparisons over time. That comparison shows that the relative position of the various population groups has not changed since 2013, and that there is some improvement in the relative quality of life of Arab society.

The quality of life index, developed in 2018 by Nitsa (Kaliner) Kasir and Dmitri Romanov, presents a comparative view of three population groups: haredim, non-haredi Jews and Arabs. The index is based on nine different aspects of life: health, welfare, education, income, employment, housing, community life, personal security and public space (local authority, public transportation and the quality of the environment). Each of these aspects is composed of five indicators that form a combination of subjective and objective perspectives.

An examination of these aspects of life reveals significant differences between the population groups. Education, income and employment are the three most significant factors in the widening of the quality of life gap between the non-haredi Jews and the other groups, and the marginal contribution of each aspect ranges between 60 and 75 percent. In other words, if the gap for just one of these aspects was closed, the quality of life gap between the population groups would narrow by that rate. 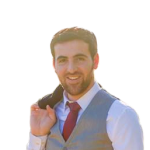 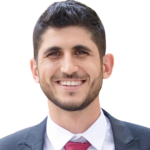 Haredi Employment – Facts, Data and the Story behind Them
This article is a survey of various aspects of the main characteristics of haredi employment: the educational...
Nitsa (Kaliner) Kasir
Study
Employment
Volunteers in Haredi Society
A new study by the Haredi Institute for Public Affairs – conducted by deputy chair Nitsa (Kaliner)...
Nitsa (Kaliner) Kasir
Assaf Tsachor-Shai
Study
Community and Social Life
Volume II of Quality of Life Study
Volume II is the go-to handbook for comparative data on all aspects of wellbeing across Israel’s populations....
Nitsa (Kaliner) Kasir
Dmitri Romanov
Data Charts and Graphs
Quality of Life
Haredi Youth at Risk: Overview and Conclusions
Addressing at-risk youth is a challenge everywhere, but addressing at-risk youth in the Haredi sector brings with...
Dr. Shlomit Shahino-Kesler
Dov Goldberg
Overview
Welfare and Poverty
Skip to content