This article lays the theoretical foundation for determining whether or not the requirement of an academic degree as a prerequisite for submitting candidacy for civil service jobs is reasonable.

The state’s duty is to provide for the welfare of its inhabitants. A large share of the state’s activities are undertaken by its employees, such that the state must choose its employees in a manner that will derive the most benefit relative to the salaries paid to them, and that will benefit the citizenry, inasmuch as the employees are public servants. The question begs as to when the requirement of an academic degree as a prerequisite for acceptance into the civil service actually increases output relative to salary. In some positions, the degree is required in order to do the job. In other cases the state, as an employer, relies on the requirement of an academic degree due to the lack of specific qualification and suitability exams for a position. In all those cases in which there is no need for an academic degree in order to do the job, and the degree serves mainly as an indication of the quality of the candidate, investing in the development of qualification and suitability exams for each specific job will probably be worthwhile, as the output of the employees hired will be greater, and by a measure that will justify the bearing of the cost of the individualized tests.Even so, one of the advantages of the academic degree requirement, as opposed to personal qualification tests, is the ease of supervising and enforcing the use of that candidate screening criterion.

In cases in which the academic degree is actually necessary for doing the job, and that requirement increases the output of civil servants, another question arises, which is the fairness of the division of jobs. If the requirement of an academic degree results in the exclusion of a certain population, such as Arabs and haredim, due to the high correlation between the lack of a degree and membership in one of those population groups, what would be the right thing for the state to do? With respect to the factor-adjusted efficiency of the social welfare services (high output relative to cost), divided fairly, providing for the welfare of the citizenry requires a balance between the two even with respect to setting the prerequisites for tenders. 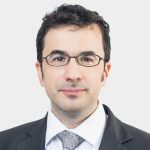