A qualitative study conducted by Yehudit Miletzky, researcher at the Haredi Institute for Public Affairs, presents a comprehensive picture of haredi women’s experience in heterogeneous work environments where most of the coworkers are not haredi. A positive picture emerges from the findings of this research: most of the women who participated in the study said they were generally happy in their workplace, and were even pleasantly surprised to see their initial concerns allayed, and the efforts and willingness exhibited by employers to adapt the working conditions and environment to their needs. Another finding emerging from participants’ reports is that the women’s personal and religious identity was strengthened as a result of contending with the challenges presented by their work environment.

The study was conducted in light of developments in haredi employment and the high rate of haredi women who are the main (or in some cases, sole) breadwinners in the household. As a result, haredi women are extending the boundaries of the sector and opting to find employment in workplaces that are not specifically haredi. These women experience the divide between the various sectors, and serve as a point of contact, bridging between the haredi sector and the general population. Naturally, there is widespread concern and public stigmatization as a result of this encounter.

The groundbreaking study was based on detailed, in interviews with 22 women working in heterogeneous workplaces. The women responded to specific questions and shared their personal workplace experiences with researcher Yehudit Miletzky. Miletzky examined identity issues and every-day challenges haredi women face, what strategies they employ to contend with the tension created by inhabiting two different worlds, and what are the effects of these processes on these women.

The findings of the study indicate that the women’s initial concerns before they started working outside the haredi sector proved unnecessary. They were surprised to discover a respectful, welcoming work environment that was accepting and adapted itself, both socially and practically. The women described their surprise at discovering the efforts employers and colleagues put in in order to adapt the work environment to their needs, whether they were the singular haredi employee at the workplace or part of a group of haredi employees. Many women also noted that solutions to practical problems generally did not require much effort, and they were met with willingness and consideration on the part of the employer and coworkers.

The main practical problems the women described related to issues of kashrut, modesty, appropriate content and environment, and so on. The women described how the willingness on the part of employers and colleagues easily solved the problems. One participant shared that her boss consults with her before buying food for office parties, in order to ensure that the food being served will be of a suitable standard of kashrut so that she will be able to partake. Another women described how the office managers changed the lock mechanism on the office door, in order to avoid halachic problems of yichud that could arisee.

Another surprising finding indicates a strengthening of the women’s personal and religious identity, especially in dealing with personal conflicts arising from work in a secular environment. The reports of the women indicate processes of exploring and deepening their identity, honing in on the importance of haredi education, strengthening of family values and raising children as of the highest value, and the importance of protecting children from the hazards of technology.

“The study we conducted grew out of a need to address the growing phenomenon of haredi women working in mixed environments,” said Miletzky. “Although it is a preliminary exploratory study, important insights emerge from it regarding the great economic potential inherent in many workplaces outside of the haredi community. This potential entails challenges and requires advance preparation and the development of coping strategies, but the benefits are mutual – for the haredi household and the women as breadwinners, as well as for employers. The study indicates the importance of addressing this phenomenon at a national policy level, and its findings can serve as the basis for assessing necessary means of development and support, for haredi women as well as employers.” 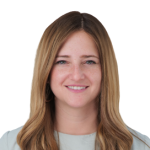 Helping Others by Donating and Volunteering
This study examines the percentages of individuals that donate to charity or volunteer, comparing the rates between...
Nitsa (Kaliner) Kasir
Assaf Tsachor-Shai
Shaked Adar
Study
Community and Social Life
Housing Plan for Haredi Towns and Cities (2016-2035)
This report presents a wide range of solutions detailing housing development possibilities suited to the unique characteristics...
Yitzchak Pindrus
Chaim Zicherman
Lee Kahaner
Strategic Plan
Housing
Culture and Poverty in Haredi Society
This article examines various aspects of poverty in the haredi community, to help formulate policy aimed at...
Nitsa (Kaliner) Kasir
Assaf Tsachor-Shai
Study
Welfare and Poverty
Haredi Employment – Facts, Data and the Story behind Them
This article is a survey of various aspects of the main characteristics of haredi employment: the educational...
Nitsa (Kaliner) Kasir
Study
Employment
Skip to content